Picture this: You’re in your kitchen preparing to make the most delicious apple pie of your life. The conditions are right, you have all the ingredients ready on the counter, but then, disaster strikes. One crucial ingredient is missing from the pile. An ingredient your recipe simply won’t be the same without. That’s right, I’m talking about nutmeg: the key ingredient that unlocks the maximum potential of apple pies, meatloaves, zucchini bread, and many other recipes.

If this sounds familiar, then worry not. We’ve compiled the best substitutes into one list to save you from running to the store in a nutmeg panic. Remember, nothing should come between you and finishing that amazing recipe for your guests. Even if your nutmeg stores have run dry, there are plenty of every-day ingredients you can use to replace the necessity of nutmeg in your recipe.

What is Nutmeg? All You Need to Know About Nutmeg 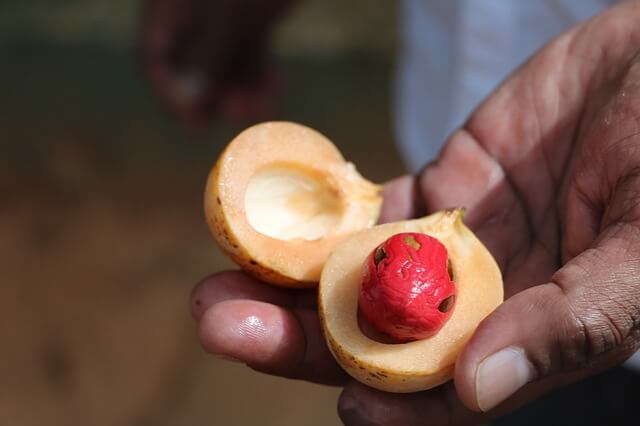 ​Nutmeg is one of the most prominent spices in the world and is sourced from the seeds of a tropical perennial tree known as the Myristica fragrans. Originally grown in the Moluccas (also called the Spice Islands) near Indonesia, nutmeg is now cultured in the West Indies as well.

The Myristica fragrans (also called the nutmeg tree) produces two kinds of spices that are considered staples in the culinary world: nutmeg and mace. Nutmeg is basically the round fruit while mace is made from the reddish webs that frame the outer shell of the nutmeg seed. Nutmeg can either be sold as a whole seed (without the covering which is basically the mace) or as a ground spice.

Although both belong to the same tree and fruit, there is a significant difference between the flavors  the two. You’ll rarely come across a recipe that requires the use of both mace and nutmeg, however, these spices can be used in the same recipe as substitutes at times if needed. 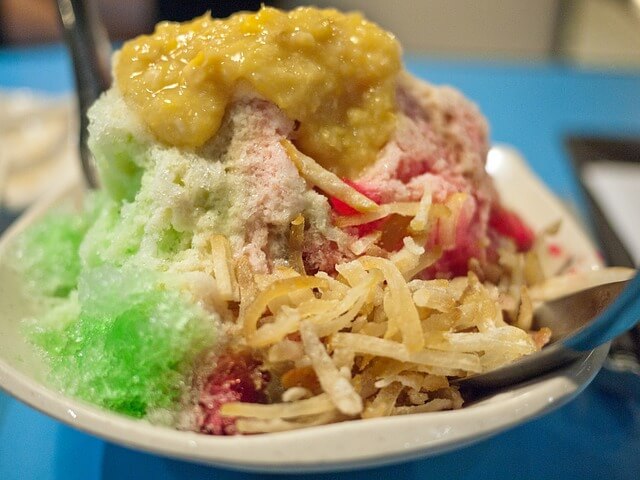 ​Versatile in nature, nutmeg can be found in both savory and sweet dishes. For instance, bakery goods like cookies and cakes, as well as savory goods and dishes like stews, soups, sausages, and meat dishes like lambs, seafood, veal, etc. Nutmeg is also commonly used in beverages such as mulled wine, eggnog, tea, and sometimes coffee.

Additionally, nutmeg goes amazingly with any creamy or cheesy dish and is used in alfredo or bechamel sauce because the spiciness of the nutmeg tends to balance out the heavy creaminess of the cheese. Moreover, nutmeg is often used to complete popular holiday dishes such as pumpkin pies, apple pies, and let’s not forget the eggnog. These dishes simply aren’t the same without that added nutmeg magic.

However, not everyone can have nutmeg and digest easily without ending up in a critical state. Nutmeg can be toxic in large amounts, as it contains a hallucinogenic compound known as mescaline, which can result in adverse reactions. Mescaline may be lethal if taken unintentionally or if one is unaware of its side effects, which include ingestion, vomiting, epileptic seizures, and can even result in death if taken in high doses.

Recipes often state the importance of consuming it in moderation, especially for children, teens and pregnant women. Pregnant women are generally advised to avoid nutmeg altogether. However for the most part, nutmeg is, of course, considered safe for consumption when used as a spice or flavoring ingredient. Also, as nutmeg is not actually a nut, those with nut allergies will not need not worry about potential adverse reactions.

Nonetheless, if you are out of this particular spice or want to avoid using it for its hallucinogenic properties or your children’s safety, then read on to see our top alternatives that will provide that nutmeg flavor we know and love. 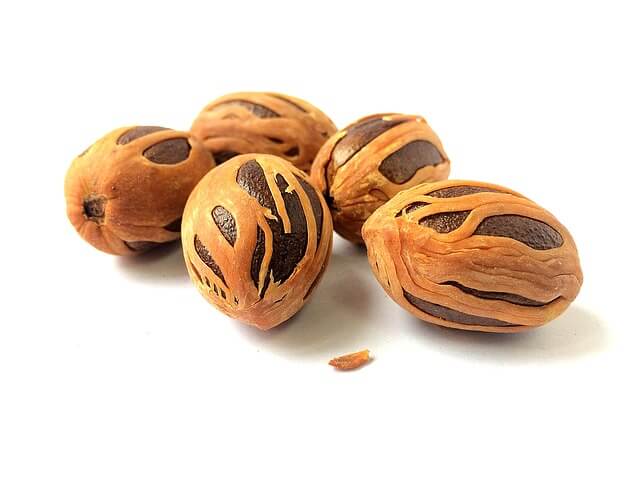 ​As mentioned earlier, nutmeg is the seed and the mace is the red outer coating that covers the seed (nutmeg). Therefore, as they belong to the same fruit and tree, it’s no surprise that they have very similar flavors. If you’re looking for a really convincing nutmeg alternative, then mace is the option that will deliver almost the exact flavor of nutmeg in a way no other spice can.

Note that mace will not bring the exact same intense flavor to your recipe, as the flavor of nutmeg tends to be strong and almost overpowering in flavor, whereas the flavor of mace is on the subtler side by comparison. But as we said, mace is just about as close as you can get to the real thing. Using an equivalent amount of mace in your recipe will work wonders. 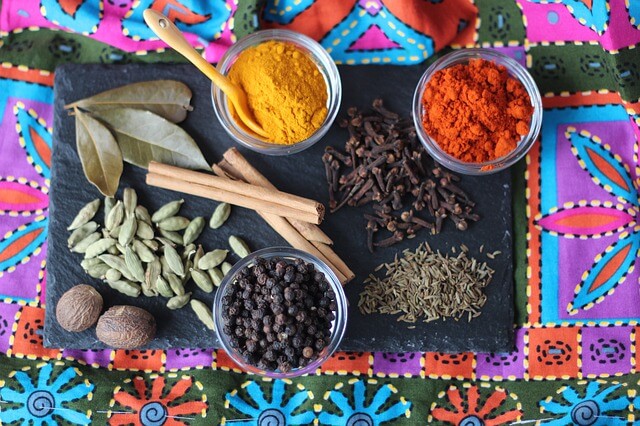 Another brilliant nutmeg substitute is India’s mixture of all ground spices, especially in Indian cuisine. Garam Masala is a perfect amalgamation of cinnamon, peppercorns, cinnamon, cloves, cumin, as well as nutmeg and mace. Sometimes, some ingredients may vary (may less commonly contain bay leaves, coriander seeds or saffron), but they key ones mentioned here are almost always used.

Another reason why Garam Masala is considered the second-best nutmeg alternative is that it contains nutmeg, along with its two closest, satisfactory replacements, namely cinnamon and mace. 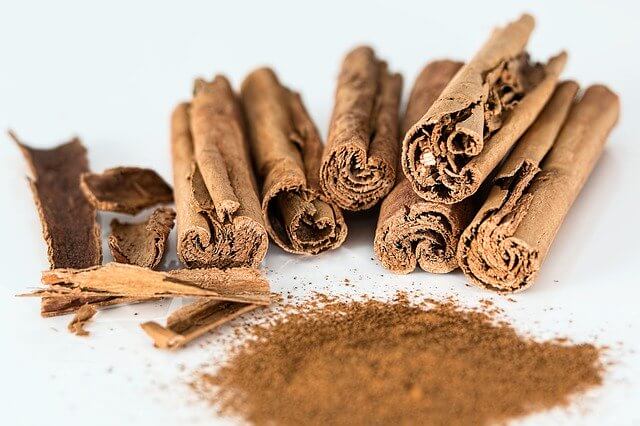 ​Cinnamon is another option that is always available in your pantry and can be a good replacement for nutmeg if you don’t have any of the above in-store. Even though the flavor may not be as close to nutmeg as other alternatives, it still has that same earthiness, pungency and powerful aroma, making it great substitute all the same.

Moreover, just like nutmeg, cinnamon is a versatile spice that can be used in both savory and sweet dishes with more intensity than nutmeg itself. Therefore, we recommend using less of this spice if using it as a replacement for nutmeg in your recipe. 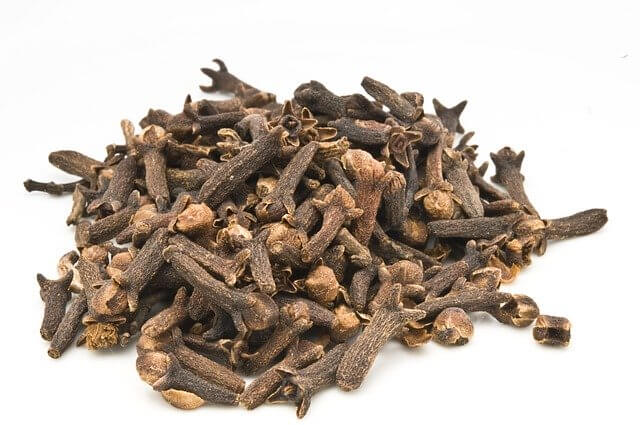 ​Cloves can also be used as a decent substitute for nutmeg. There are several recipes that require both nutmeg and cloves, which means the flavors complement each other. However, using just cloves will do so. Try to use ground cloves to replace the flavor of ground nutmeg, as they have the same peppery flavor and the earthiness to them. 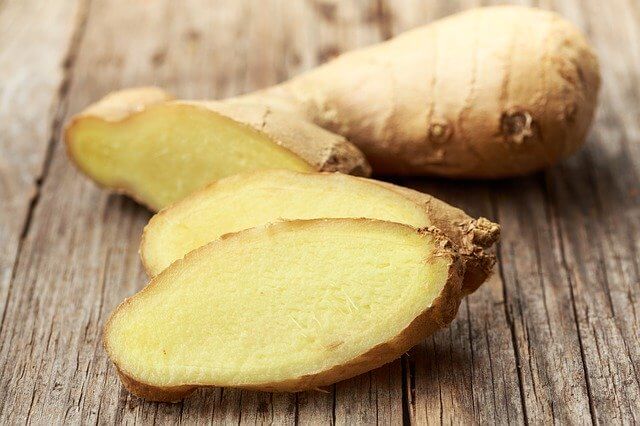 ​Ginger is yet another spice that can be used as a reasonable substitute for nutmeg, despite the fact that it is spicy with little sweetness compared to the flavor of the nutmeg. You can use either ground or fresh ginger to complement all kinds of savory dishes, meat-based and vegetarian alike.

However, ginger’s flavor may not go as well with all sweet dishes. It is recommended to use half to one teaspoon of ginger to replace one teaspoon of nutmeg required by your recipes. 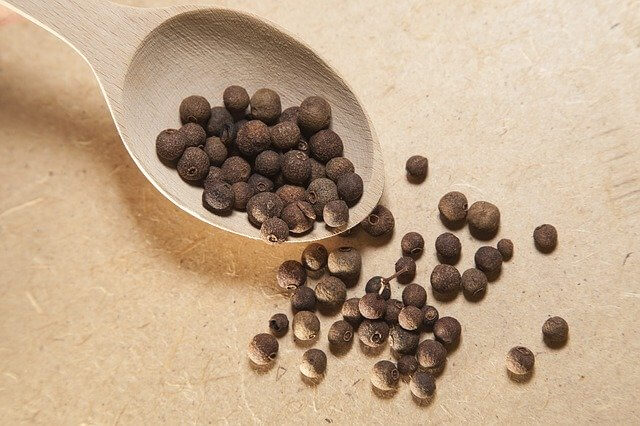 ​Also known as the Jamaican pepper, this spice has the combined flavor of cinnamon, cloves, nutmeg and sometimes juniper berries. Note that allspice is made from a dried, undeveloped berry from the Pimenta dioica tree but is not actually a mixture of any other spices at all.

Allspice is an every-day kitchen ingredient and available in the majority of stores. If you run out of nutmeg then you’ll often have plenty of allspice to use as a backup ingredient.

Everyone knows the recipe for pumpkin pie and that it calls for a mixture of spices like allspice, nutmeg, cinnamon and ginger (and sometimes cloves). Thus, using this as an alternative is an amazing deal as it contains enough real nutmeg flavoring to deliver that distinct taste we all love.

Moreover, it also contains all the other great substitutes for nutmeg previously mentioned in this list. This blend is as versatile as nutmeg and can be used in both sweet and savory dishes. 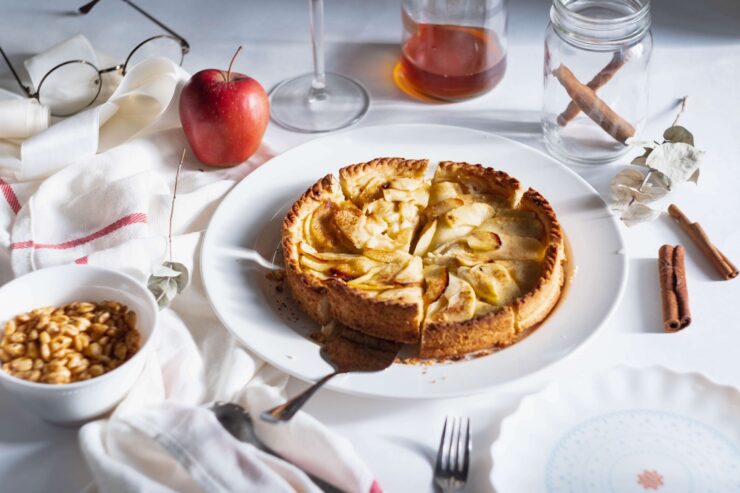 ​Another dessert spice mix that contains enough punchy spices to replicate the flavor of nutmeg. Apple pie spice fundamentally consists of cinnamon, with nutmeg, allspice, cardamom, and ginger in smaller quantities. As this spice contains a high amount of cinnamon, it naturally has a more cinnamon-based flavor than the other mixed spices on this list, which is no bad thing: cinnamon makes a great nutmeg alternative.

As you may have already noticed, the other spices in apple pie spice have also been mentioned on this list as good substitutes for nutmeg. Therefore you won’t be surprised to hear that this spice can also successfully imitate the flavor of nutmeg. Note: it is best to use half a teaspoon of apple pie spice per teaspoon of nutmeg required by your recipe.

It’s true. No spice can truly replicate the adaptable flavor of nutmeg. However, we can’t be expected to have a perfect supply of nutmeg at all times and sometimes it’s just not convenient to run off to the store to buy more. But as shown by this list, there are plenty of brilliant substitutes for nutmeg available for when your nutmeg stores have all dried up. We hope our suggestions have helped satisfy your taste buds and fill that nutmeg-shaped hole in your recipe.