The hot pepper hype is growing day by day. If you go to a restaurant it can often be a struggle to find anything that doesn’t have a fiery kick to it. This generation is crazy about hot sauce. And when it comes to sriracha, nothing more needs to be said. Sriracha is a prominent hot sauce, and trust us when we say it is getting hotter day by day.

Table could not be displayed.

People are going so crazy about it that its availability has started going downhill. Some people fear that soon grocery stores will be out of this good hotness and our usual sriracha-infused dishes will lack that distinctive punch.

But some people are so dependent on this hot sauce that they don’t see how many great alternatives are out there. There are more options than ever and some have even more to offer than sriracha itself. But before we get into that, let’s find out why there’s all this fuss about sriracha. 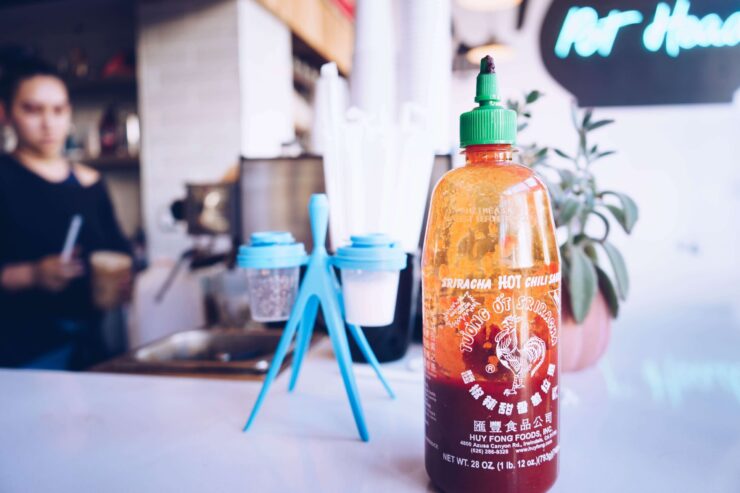 People need to be aware that there are many other options available in the market that would provide the same spice they so adore in their favorite sauce. Many could even turn out to be even better than sriracha. Who knows? For that, we need to stop obsessing over this one little ingredient and explore the other options out there. 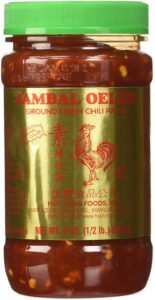 One of the best alternatives to match the hotness of sriracha is sambal oelek. They are also produced by the producer of sriracha, Huy Fong Foods, and can be found in many stores’ international aisles.

Just like sriracha, this is exactly what you are looking for if you desire those equal levels of punch and heat. Additionally, this sauce is way denser and simpler when it comes to flavor, and the best part about this sauce is that you will not get that sometimes off-putting hint of garlic you find in sriracha.

You also get the same subtle sweetness as you get in sriracha with a mini explosion of a tantalizingly tangy flavor. However, if you’re not a fan of the tanginess and the sweetness you can simply mix it with a little garlic powder and sugar. 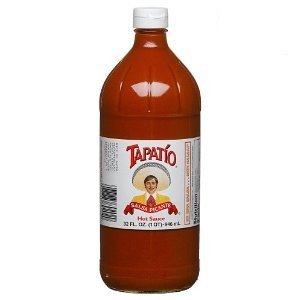 This sauce is yet another convincing substitute of sriracha made by a native SoCal brand. Tapatío is very popular, especially in Los Angeles, and is available in most grocery stores. In terms of flavor, unlike sriracha, it is much more intense in the heat department, more citrusy and goes amazingly with any Mexican and Mediterranean food. 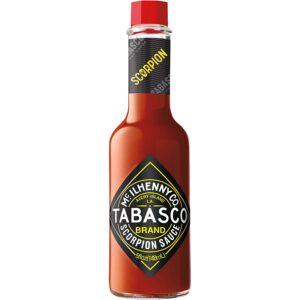 If you love a tangy vinegary taste with your sauce along with some heat, then Tabasco is the one for you. Extremely popular in the US since the 1800s, Tabasco was invented by the genius Edmund McIlhenny.

McIlhenny hand-picked fresh Tabasco peppers which were crushed on the same day they were collected, then mixed them with a pinch of salt, closed them into barrels, and let them ferment for few weeks, which turned into almost three years later down the line.

Later, the paste is strained and the resulting pepper juice combined with vinegar for that extra tanginess. Tabasco has been synonymous with hot sauces worldwide ever since. And let’s not ignore the healthy benefits Tabasco has to offer. If you’re health conscious, then this is the one for you. 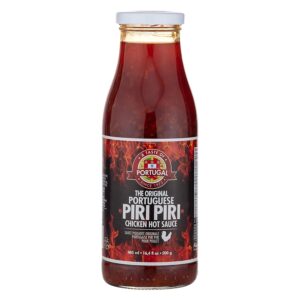 Commonly known as the infamous peri-peri sauce made with African Red Devil pepper, Piri Piri has been tagged as one of the hottest chilies in the world, with a Scoville scale of 175,000 SHU.

Famous not only in Portugal, where it was originally made, but also in Africa, this sauce is a heavenly blend of African Red devil pepper with oregano, garlic, basil, black pepper, and onion and often used to rub on chicken to make the famous Nando's Peri-Peri chicken we all love. This sauce is also used in other cuisines for its unique heat.

Another hot sauce that should definitely be in this list is none other than Yuzu Kosho, which is made from Yuzo: a citrusy fruit mostly cultured in Japan and found all over East Asia. It has a distinctive tart taste to it, a rare mixture of all the citrusy fruit you’d ever taste, such as orange, Meyer lemon, and grapefruit.

If you want to taste the best flavor ever than mix this fruit with a small number of chilies and salt, and trust me when I say this you will create the best sauce ever, known as Yuzo Kosho. The combination is normally fermented for a while and is usually green or orange in color depending on the peppers you choose to use. It is very famous in Japan and mostly available in Japanese markets. 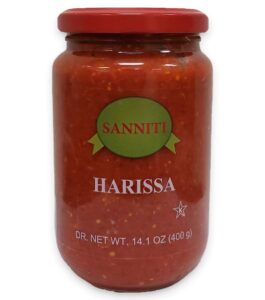 If you do not like the taste of hot sauces and think they are no match for the legendary sriracha, then the safest option is to rely on this little chili paste known as harissa.

It is a fiery and musky chili paste made with a mixture of smoked hot chili peppers, garlic, tomatoes, rose petals (not often), olive oil and other spices, such as cumin, coriander, mint and caraway. This paste is commonly used in North African and Middle Eastern cuisines.

The definitive El Yucateco sauce, made from fiery and appealing habanero peppers, is another great option to match the sriracha hot sauce we all know and love. Put this sauce on anything to take its spice factor to the next level. You can find this sauce in both red and green peppers. 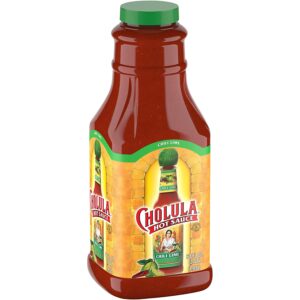 This amazing sauce is made from Arbol chilis and mostly found in Mexico. It is also known to be one of the cult-favorite hot sauce brands and has become very popular in the US. Most people aren’t familiar with this sauce, but it works surprisingly well as a sriracha substitute, so give it a try!

Another to add on the list is this renowned sauce made with carrots, Rican red pepper and red chilies, famous in creole cuisines. It definitely helps to bring punch and a flavorful twist to your everyday dishes. It is an established fact that mustard has the ability perfectly complement your dish and achieve that extra robust kick that you do not typically get from sriracha sauce. This substitute is also great for its convenience, being readily available in almost all of our pantries. They may fail to satisfy your thirst for the hotness of sriracha but you will definitely love the vinegary kick. 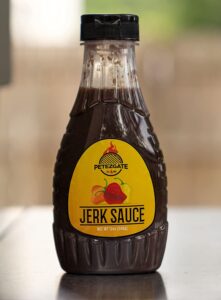 Another sauce to spice up your day. This Jamaican jerk sauce is typically made with flaming Scotch Bonnets peppers, and is packed with delicious ingredients and flavorings that make it a favorite for spice lovers out there. It also perfectly complements chicken and seafood dishes. 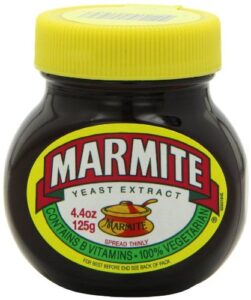 Love it or hate it, you can’t deny that Marmite packs a real punch. Prepared from extract of yeast and famous for being a toast-topping favorite, this savory spread is divine, yeast-like, salty and strong unlike anything else you’ve ever had.

It might not be spicy like sriracha, but it does have that same intensity. The flavor is very difficult to articulate, but it’s definitely worth a try. You can also use this to make cocktails thanks to its intense flavor.

If you don’t have sriracha in stock and can’t get your hands on any of the above options, your best bet is to make a paste with or crush up cayenne peppers or red peppers. They may not be as great as any of the above mentioned hot sauces, but they’ll certainly give you that heat you want.

No substitute in the world can ever be compared to the original. It can therefore be almost impossible to get that exact same heat and fire you get from sriracha. However, all the alternatives on our list have their own unique flavor and can be pretty convincing in replicating sriracha’s spicy kick. During kitchen emergencies, these replacements will certainly help to bring that extra fieriness you get from sriracha.